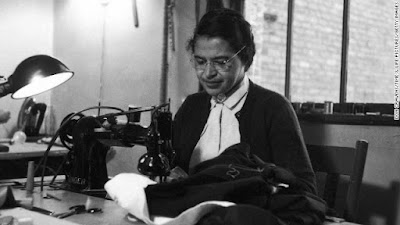 The gospel lesson takes place in the Temple during the Festival of the Dedication, which we now call Hanukkah. Hanukkah commemorates the military victory of the Maccabees 150 years before Christ. The Maccabees led the Jewish war of liberation from the empire of the Greeks, and then they set up an independent Jewish state, which lasted for a couple generations, until the Romans came and conquered them. But their lost independence was remembered with this holiday, their Independence Day, their Fourth of July, only sacred, and they hoped for independence again, with the coming of the Messiah, who would make it permanent, and even eternal, and the thousands of Jews who died as martyrs would be resurrected back to life.

So the people want to know if Jesus claims to be this Messiah. Because if he is they will have to make their preparations—get ready for a war, divorce that Gentile wife, hide some gold somewhere. There will be casualties again, like with the Maccabees, so it’s only fair that he declare himself.

Jesus answers with Shepherd language, which was political language, royal language, going back to King David, the shepherd boy who became the Shepherd of his people. So Jesus is suggesting, on this Independence Day, in the Temple, that yes, he is the Messiah they were looking for.

So you can understand why after his resurrection the majority of Jews would not believe in him. Even if he did rise from the dead, he was irrelevant. What difference did he make? He did not deliver as their Messiah. He did not take power in his resurrection. Where was his Kingdom?

Why hadn’t he shown himself to the high priest and revealed himself to Pontius Pilate? Why was he not taking his throne as the royal Shepherd of Judea? The Romans were still in charge, their puppet Caiaphas was still high priest, the Judean poor were still poor, the Galilean sharecroppers were still in debt, and nothing had changed. Alive or dead, he was no Messiah.

And yet the minority who did believe in him kept believing. At first it wasn’t hard to, right after Pentecost, with those months of signs and wonders in Jerusalem. But the golden days were over. With the stoning of Stephen the persecution started and things got tough and they had to flee Jerusalem. Which is why, in our first lesson, Peter was living in exile in Lydda. And yet the believers kept believing. They must have had a powerful experience of a new kind of life, even in persecution. What special hope and joy was simmering under the surface of their ordinary lives?

The woman Dorcas was one of those who expressed the hope and contributed to the joy. Her name means “gazelle,” so you think graceful and light-footed, and that she was called by both the Hebrew and Greek versions of her name tells us that she crossed the ethnic and religious boundaries in her relationships. She made her living as a seamstress, and she made extra clothes for the widows, who by definition tended toward poverty, and could hardly pay her. Most people had only one set of clothes, and the poor did not have cash. She dressed them in clothing they delighted in. They valued Dorcas so much that when she died they asked the Apostle Peter to come and do the service and honor her in death as she deserved. They show him the clothes she made that gave them joy.

So Peter prays, alone, and in prayer he’s moved to ask God to do the impossible, and resurrect her. This would be the first resurrection after Jesus’ resurrection. Why her? Why Dorcas? Why not Stephen the martyr, the fiery preacher, whose resurrection would have been such a vindication? To me it looks like Peter was making an apostolic decision about the values of the Kingdom and the priorities of the church. Those were not political victories in Jerusalem or vindication before the high priests but the honor of widows in poverty. Is that where to find the power of the resurrection?

It’s not just that Dorcas made clothes, but custom clothing for the poor. That Dorcas will have taken each widow seriously, as an individual, measured her body, chose the fabric, selected the color, cut the cloth, stitched it, and dignified and honored this widow with a tunic to be proud of and rejoice in—such are the trophies of this kingdom and the proofs of the Messiah. Loveliness for elderly women.

Such is the triumph of his power. Peter could see it, he was inspired. “Oh yes, this is what we are about. These are the victories we’re after: Not just welfare, though at least that, but more—dignity and beauty for the poor and honor for the weak.”

The resurrection of Stephen would have been a vindication against their opponents and a proof against the unbelievers, but God has a different strategy intended for us and for how we believers are to get by during this long time between “Christ is risen” and “Christ will come again.” We believers don’t get the privilege of vindication. We don’t get to win.

Not that we lose. I have spoken to you of this before. The point is that we believers are not so much winners of the world or leaders of the world or even teachers of the world as we are witnesses in the great court room of the world, and we are witnesses who give our testimony in a trial where what we say is strongly contested. The verdict and the vindication will be given only at the end. No one has the privilege of resorting to some kind of conclusive “proof” right now, no one from one side or the other, belief or unbelief. So instead of raising Stephen from the dead to prove the Lord Jesus to unbelievers, Dorcas is raised to encourage believers, especially widows, and also to encourage those of us who care for them.

Which is not impressive to the powers of the world. What we look for in power is not going to be the power of the resurrection. Nor is it the kind of revolution that was expected of the Messiah. The world doesn’t look any different. Unless we see the world with different eyes. How those widows looked to the world is very different from how they looked to heaven, and if the significance of what Dorcas did looks small in the measure of what we take as real appearances, it is magnified in the measure of the greater reality behind the world of our appearances, by which I mean this world as it looks from the viewpoint of heaven.

Which brings us to the reading from the Revelation. The Book of the Revelation is so often misunderstood. The vision in this reading is not of the future, but of right now, as viewed from a heavenly perspective. So, from an earthly point of view, we look to ourselves like a ragtag little bunch of half-believing Protestants in a daunting building who are not sure about whether we can pull this off, and worried about too much cost and too many sacrifices. But how you look to heaven right now is a multitude of saints and martyrs who have done great things and are all decked out in shining robes so lovely I can hardly look at them, and when you sing you sound like a hundred philharmonic choruses. That’s what God can hear in your voices. That’s how you look to God right now, from heaven’s perspective.

You are wearing a beautiful robe that the Lord Jesus has made for you, because he is your Dorcas. He has dressed you in a beautiful tunic that you cannot even see upon yourself. Whatever your doubts may be, whatever your shame, whatever your struggles—your rational struggles with believing this stuff or your emotional struggles in trying to love as you want to, or even your struggle to survive, the most critical knowledge about yourself does not belong to you, the truth about yourself belongs to God—you do not dress yourself, and the Lord Jesus is Dorcas who dresses you.

The Lord Jesus is also the Shepherd of your future and your faith. Your own belief does not belong to you, your belief belongs to God, who keeps you believing, no matter how weak and doubting your faith may be and no matter how little difference your believing makes in other people’s judgments and your own.

That’s the promise, and I invite you to believe it. I invite you to believe it once again this week. I have no proof for your belief, but only the analogy of what you have learned of love, and what love wants and what love does. The love that dresses up someone else with lovely clothes. The love that holds on to another and never lets go. So that in even your faulty knowledge of love you can read the analogy of God, who won’t let go of you. “You are not your own, but you belong, body and soul, in life and in death, to your faithful Savior Jesus Christ.”