May 5, Easter 3, Power of the Resurrection #2: Power to Love 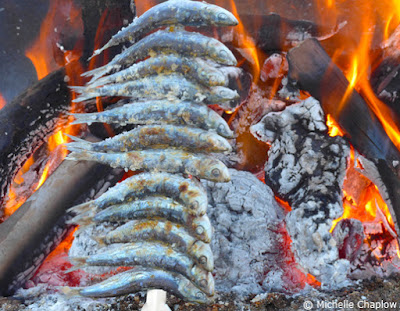 “Saul, Saul, why do you persecute me?” “Simon, son of John, do you love me?” The Lord Jesus is rough on both of them. Saul loved God so much that he hated Jesus, and Simon loved Jesus so much that he ended up denying him. Both of them are tested in their love.

Saul was not some Galilean bumpkin. He was born a Roman citizen and was educated. But he used his education and his Roman privilege against the ideals of Rome to support the most rigorous form of Judaism. He had the freedom of the Empire and was exempt from Jewish law yet he joined up with the strictest group of Pharisees. He was zealous for the Temple and jealous for Jerusalem. But these Jesus-people were messing things up, not keeping kosher, eating with Samaritans and even filthy Roman soldiers, and claiming that their unclean cursed Jesus was the Lord now seated on the throne of God. This blasphemous infection must be purged for the holiness of God. 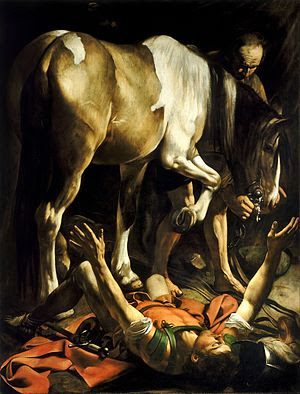 Saul loved God so much that he was willing to hurt people. He loved God in the image that he had of God. Christians have done the same, loving our image of God and persecuting other people for it. All religions do it. You love God according to your image of God. And as it’s a spiritual law that you become like what you worship, your image of God works out in how you treat your neighbor and yourself. Saul loved his image of God so passionately that he persecuted Jesus.

Simon Peter had loved Jesus from the start, and saw himself as Jesus’ right hand man and bodyguard. It was Peter who drew the sword to fight for Jesus in the Garden of Gethsemane. It was only Peter who did not flee, but followed behind, and got into the courtyard of the high priest, with the charcoal fire, like a secret agent man.

His tactic was to deny his identity as a Jesus follower, and the second time they didn’t believe him, and his cover was blown, and the third time he was vehement, now to save his skin, and the cock crowed, and he was devastated. But he would not have denied his Jesus if he had not been there to begin with, the only one, because he loved him so much. Love can be so wrong. So Jesus converts him in his love, which is why the charcoal fire on the beach. 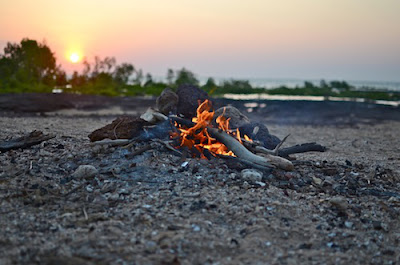 It’s fourteen days after the resurrection, while Jesus is still bodily  on the earth, breathing its air and eating its food and accepting its gravity, but unbounded and unpredictable. Twice now they have seen him. But now what? What will be the power of the resurrection?

Will Jesus be a new King David, but invulnerable, trouncing the Roman Eagle and liberating Israel, or even a Jewish version of Alexander the Great, leading the armies of God across the world, as the companions of Mohammed would do six centuries later? Saul of Tarsus could have imagined that, and many Christians still do want to fight for the power and protection of Christian civilization in the world. But that is not the power of the resurrection that Jesus shows them during these quiet weeks.

Early morning, he walks onto the beach and sees the men in their boats. He gathers wood, builds a fire, and when it’s burning down to coals he goes into the water and catches some fish (we are not told how), and cleans them and guts them (I love it, God cleaning fish), and puts them on the coals. Then he calls out to the men, and as he gets them finally fishing right, he bends down to tend his fish. He so loves the world. He loves his friends, even that poor Simon Peter. “We’re going to have to have our talk.” Can you imagine a God who looks like this? Can this be your image of God instead of Michelangelo’s? Can you love and serve a God who has this image?

When Simon recognizes Jesus, he acts all guilty and confused. He covers his nakedness, he jumps into the water with his clothes on, and then he hauls the fish in by himself, over-compensating. Simon! Stop trying so hard! The breakfast will have been lovely for six of the men, but hard on Simon. The charcoal fire, that smell from the courtyard seventeen days ago, when he could not help Jesus, when he denied him, the last time out of fear, and then the rooster judged him.

Why is Jesus hard on Simon? Why make him smell the charcoal fire? Why not discuss his denial rationally, why go through his nose and under his brain? Has not Jesus already forgiven him, that he is not guilty in God’s eyes? But Jesus rubs his nose in it. It’s not about forgiveness, it’s for reconstruction, for reconciliation, for rebuilding him.

The Lord Jesus is doing Simon a painful favor, like surgery, he’s opening up his capacity for love, a capacity he did not know he had. You too have this capacity, but you cannot expand your Simon-love into the capacity of your Peter-love except by entering it through your suffering and your misery. Where Jesus is. That’s the Christian approach to love as opposed to humanistic love.

Then Jesus adds insult to injury by telling Peter how he will grow old and weak, and die. What a strange ending for the Gospel of John, with the prediction of a death. Jesus predicts that this strong disciple will end his life in weakness, and this born leader will be led around like an animal on a leash. Simon Peter is looking at nothing left, not even his pride.

It’s not only Peter’s shame that has to die, it’s also his pride. Which is worse, which is harder to deal with? They’re two sides of the same coin, and for Peter to be free of his shame he has to be free of his pride. Jesus is hard on him, and Simon begins to die already here, his daily death. You have to accept it for reconstruction, and take it for reconciliation. Why is reconciliation so rare? Because we don’t like the necessary deconstruction first, of ourselves and our self-esteem.

As Peter enters his failure, Jesus already brings him out of it. “I entrust you with my sheep. I give you charge of my lambs. I put my flock in your care. I trust you. You will take over for me when I go. I reconstruct you, I have reconciled you, follow me. You followed me in secret seventeen days ago. Now you have nothing left to lose, so follow me openly. And don’t try so hard. You don’t have to prove anything, you can’t, you don’t have to defend me, you don’t have to conquer, you don’t have to win the world for Christ. I have already won the world. Just live in your love to feed my sheep.” Just as Saul will share in the suffering of Jesus and only in that way conquer Rome.

Simon was an impulsive man, so Jesus did it through his nose. Saul was an intellectual, so Jesus blinded him and turned him inward to his soul. How does the Lord Jesus work on you, to convert you daily and open your capacity for love? Your capacity is distinct and individual, as will be the way that you express God’s love, so let me encourage you, this promise is more trustworthy than your internal whisperings. You are called not just to love but to convert your love.

Everybody wants to love, but your love must have scars and holes and a wound in it, a love that opens up your misery and suffering with the charcoal smell of your shame and your guilt. God will hurt your feelings. But through your daily dying rises up in you the power of God’s love.

Here’s the take-home: To be a Christian is not just to love, but to convert your love. You convert your love by means of your belief. You convert your love not by your attention to your love itself but your attention to your image of God, the picture of the resurrected crucified, of the lamb on the throne, that kind of love, the victim for love’s sake raised in power, so that the power of the resurrection in you is the power of God’s love for you. Your mission is to yield to that love of God and even to submit to it so that it can convert you daily, and to share God’s love, for the reconciliation and reconstruction of the world that God so loves.